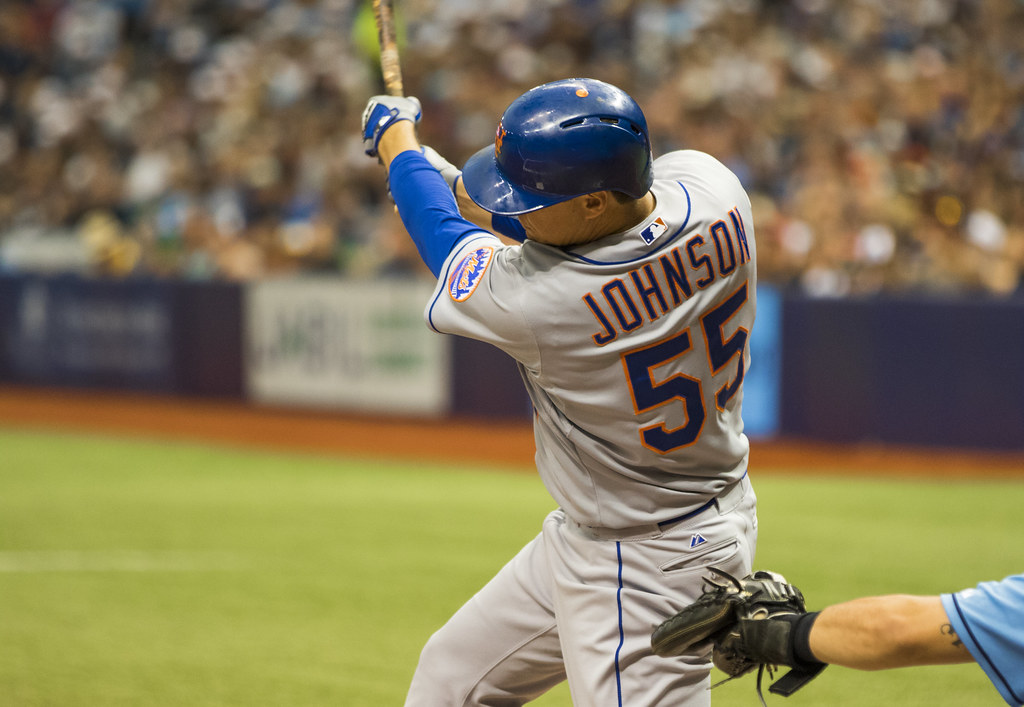 The Mets have a need to create versatile depth on their roster, specifically on the infield as they have a third baseman with a chronic back condition, two shortstops who will be coming off broken bones in their legs, and a prospect as a second baseman, as things stand today.

One player who fits the profile for what the Mets are looking for – at least on a part-time basis – is Kelly Johnson, and Marc Carig of Newsday says it’s, “very possible” the Mets bring Johnson back in 2016.

Re-signing Johnson would be a wise move by the Mets.

He’s a great clubhouse presence, he has good power and he had some very big hits for the Mets in 2015, specifically against the Nationals. He’s someone who shouldn’t play everyday, but he can provide value as a part time player at five different positions, although he can probably be considered a below-average defensive player.

But he would certainly be a good insurance policy to Dilson Herrera and David Wright, assuming the Mets opt to go with Herrera at second base.

He should not be considered a primary option anywhere on the field, but he’s a good player who always seems to be in demand, whether it’s during the off-season or at the trade deadline.

And for a team seeking to become more versatile, Johnson is an ideal depth piece for the Mets to retain.

Is it Ben Zobrist or bust for the Mets?

In a report for the New York Post, Ken Davidoff says if the Mets fail to sign the free agent super-utility player, the Mets don’t appear likely to sign a free agent of equal or greater caliber this winter to fill the need, such as Ian Desmond, Asdrubal Cabrera or Howie Kendrick.

Instead, the Mets would focus their efforts on finding a left-handed hitting outfielder to complement Juan Lagares, and explore re-signing Kelly Johnson and Juan Uribe, as well as other lower-tiered free agents to compete with Wilmer Flores, Dilson Herrera and Matt Reynolds for the jobs on the middle infield. END_OF_DOCUMENT_TOKEN_TO_BE_REPLACED