By any measure, Mets first base prospect Dominic Smith has had a breakout season in the Mets minor league system.

And that success has translated to a tremendous run through the Arizona Fall League in 2015 as well.

For his efforts, Smith has been named an Arizona Fall League Fall Star in 2015, and will participate in the league’s All-Star Game this Saturday, November 7 at 8:08 pm ET at Salt River Field at Talking Stick in Scottsdale, Arizona.

Smith, 20, is ranked as the Mets fifth-best prospect according to MLB.com.

Baseball America has released it’s new list of top 10 Mets prospects, and the list is headlined by the club’s Game 4 starter in the World Series.

Matz made just six regular season starts upon making his big league debut with the Mets in late June. He was sidelined by a torn muscle in his side for two months, but has come back and has made two solid starts for the Mets in the postseason.

Amed Rosario follows Matz in the rankings. At just 19-years-old, Rosario is widely regarded as the club’s shortstop of the future, although he suffered through a minor wrist injury in the midle of the 2015 season. He’s athletic, has a lot of speed and gap-to-gap power. He also figures to be a well above average defender when he eventually reaches the big league level.

Others on the list include Dominic Smith and Gavin Cecchini, who both captured MVP awards in their respective leagues in 2015, Marcos Molina who had an elbow scare this past season, and Wuilmer Beccera, the young outfielder who – along with Noah Syndergaard and Travis d’Arnaud – was acquired in the trade that sent RA Dickey to Toronto in December, 2012.

The rankings are as follows: 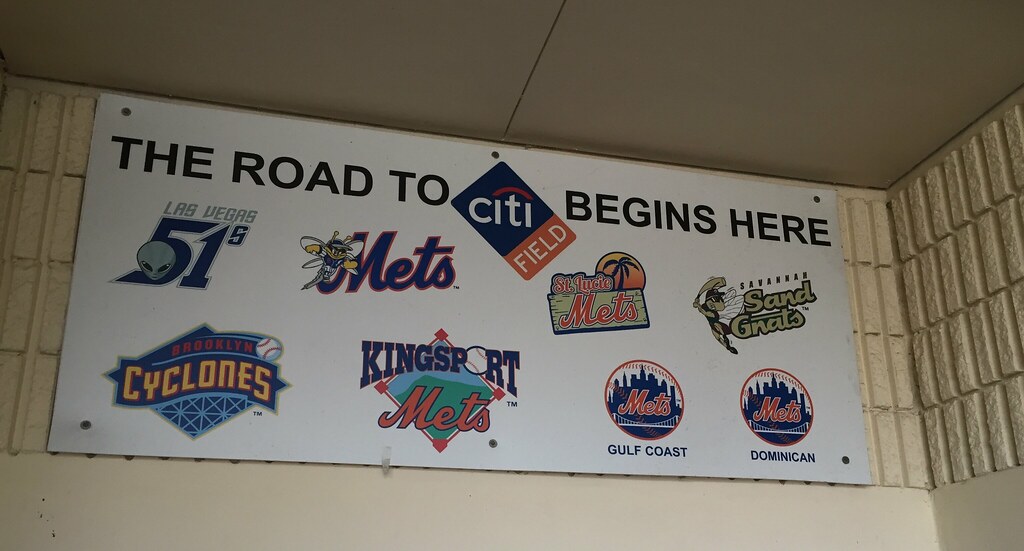 The Mets announced their recipients for the 2015 Sterling Awards on Monday, naming Michael Conforto their player of the year.

Conforto hit a combined .297 with 24 doubles, three triples, 12 home runs and 54 RBI in 91 games between Single-A St. Lucie and Double-A Binghamton before making his major league debut on July 24.

He was named to the Florida State League mid-season All-Star team, but did not play in the game due to his promotion to Binghamton.

Conforto won the Eastern League Player of the Week award for the week ending July 19 before being called up to the Mets a few days later.

The Mets also named RHP Robert Gsvllman their organizational pitcher of the year for 2015.

He was named to the Florida State League mid-season All-Star team.

Here are the 2015 Sterling Award winners:

The Sterling Awards recipients will take part in a pre-game ceremony on Monday at Citi Field.

Two top Mets prospects have been added the their Arizona Fall League contingent.

The Rafters play their home games at Salt River Fields in Scottsdale, with play beginning on October 13.

The season concludes on November 19, with the championship game taking place at Scottsdale Stadium on Saturday, November 21.

More information on the Arizona Fall League can be found at MLB.com.

The Mets have had an ongoing need to find a solution for the left side of their bullpen all year long.

They have attempted to use Sean Gilmartin, Jack Leathersich, Alex Torres as their left-handed specialists in the absence of both Josh Edgin and Jerry Blevins for the entire season. They’ve also been evaluating Eric O’Flaherty after acquiring him from the A’s in early August, but no reliable solution has emerged.

But the Mets have one option in their minor league system in Dario Alvarez, who has held left-handed hitters to a .167 average in the hitter-friendly Pacific Coast League in 2015.

He was recalled during the club’s series against the Rockies in Denver, but was optioned back to Las Vegas without making an appearance after the Mets decided to keep Logan Verrett on the roster after his brilliant start against the Rockies in their series finale. But Verrett was subsequently optioned back to Las Vegas to continue working as a starting pitcher.

But Alvarez has now spent the required ten days in the minor leagues following the optional assignment, meaning he is eligible to and will rejoin the team on Friday.

The Mets have to find a solution to their problems on the left side of the bullpen as soon as possible, and given Alvarez’s track record in the minor leagues, he’s as good a possibility as anyone they have in the organization right now.