Curtis Granderson’s hand is healthy, pleased with the Mets acquisitions so far 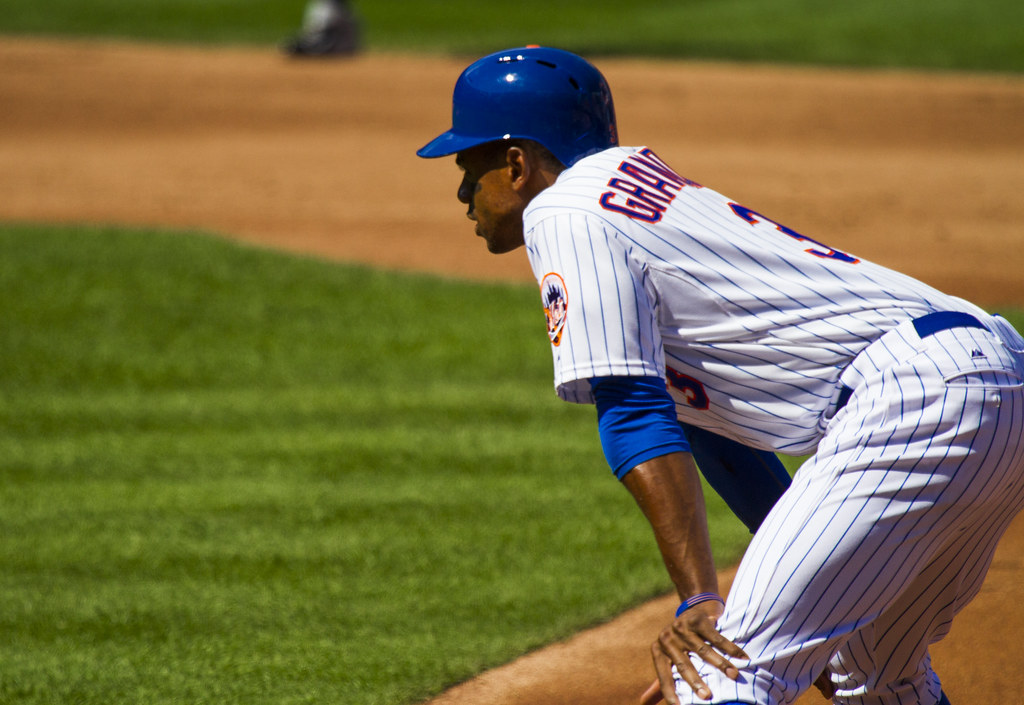 Curtis Granderson injured his left thumb on a slide during the National League Championship Series against the Cubs, and learned he had a torn a ligament which required off-season surgery.

But he recently began his off-season workouts with two months before the start of Spring Training, as he posted a picture of his brace-free hand on Instagram on Tuesday afternoon.

Despite the injury, Granderson managed to hit three home runs following the incident, but said it didn’t affect his ability to swing a bat.

Said Granderson, “Since it was my top hand, it actually didn’t bother me. If it was my bottom hand, I might not have been able to play.”

Granderson is excited about his club’s off-season acquisitions so far this winter, citing the versatility both Asdrubal Cabrera and Neil Walker bring to the roster.

“He always beat us, especially in Pittsburgh,” Granderson said about Walker. “I’m excited to have another versatile player that he brings to us, both offensively and defensively. And then with Cabrera, another guy I’ve gotten a chance to play against a lot that’s been very good on so many different aspects, from hitting and defense.”

The Mets have said they’re not looking to displace Granderson’s presence in the leadoff spot. And to an extent, that’s sensible since he posted a .360 on-base percentage out of the leadoff spot in 2015. But he also hit 26 home runs in that spot, the most in baseball. Certainly, he did a fantastic job of embracing a multi-dimensional role, and that alone could’ve easily made him the club’s most valuable player in 2015.

But that power could be made even more valuable if he were able to move to the middle of the order, especially if they are unable to land a power bat in free agency or trade this winter.

Of course, Terry Collins can’t do that if the Mets don’t get a leadoff-type hitter to replace Granderson’s .360 on-base percentage, but doing so could kill two birds with one stone, as they would be able to fill the gap left by Yoenis Cespedes with Granderson’s power, and maintain their presence at the top of the order with one move.

One response to “Curtis Granderson’s hand is healthy, pleased with the Mets acquisitions so far”