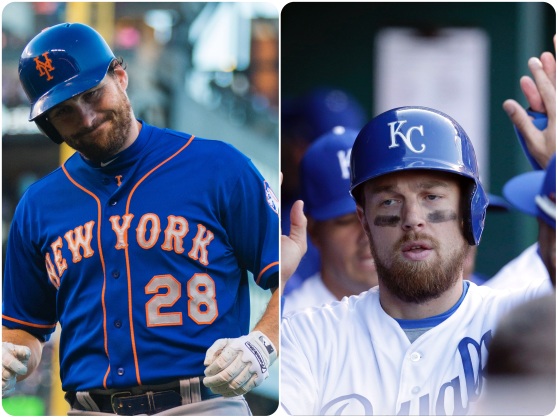 Corné Hogeveen: If the Mets will be outbid for Ben Zobrist who they (and I) really like, do you see them going after Daniel Murphy?

It’s really hard to see the Mets circling back on Murphy, Corné.

There are certainly the sentimental reasons to retain Murphy. He has been very public in his desire to stay with the Mets, and he has done whatever he has been asked to do and embarrassed himself in the process in an effort to help the organization. He’s also a proven success story in New York, and the Mets know he can produce in the postseason as well.

Aside from Zobrist, there aren’t many appealing, proven success stories to turn to on either the trade or free agent markets this winter to fill the Mets need at second base.

And Murphy had a magical run through the postseason, launching seven home runs and single-handedly carrying the Mets offense to two series wins against the Dodgers and Cubs. His performance was one for the ages and will go down in the record books as one of the greatest single postseason performances of all-time.

But this is not an organization that all of a sudden switches gears based on a small sample size. And the Mets really want to get more versatile and improve their defense up the middle.

Retaining Murphy for second base doesn’t really do that for the club, as sad as it is to say that.

Earlier in November, Adam Rubin of ESPN New York wrote the Mets would make an effort to retain Murphy, and said there are people in the organization who believe Murphy might consider the Mets. But it would have to be at a discount and it remains to be seen how much of a discount Murphy would be willing to take as he compares whatever the Mets intend to offer to offers from other suitors.

But it’s just so hard to see the Mets re-engaging with Murphy in the end, Corné, and this just seems like a way to create leverage in negotiations for Zobrist or other players they might be interested in.

For years, people from within the organization have made no mention of Murphy’s name when discussing the future of second base. All of the talk about his internal replacement has surrounded Dilson Herrera, who is more athletic, has speed, better upside defensively, and has the potential to hit for more power.

But Herrera is young and unproven, and obviously, it’s logical to conclude that talk of signing Zobrist means the Mets are not quite ready to commit to Herrera in a win-now situation.

That of course brings the merry-go-round back to Murphy if they fail to sign Zobrist. But if the Mets were seriously interested in a long-term engagement with Murphy, why would they would wait until he’s a free agent to consider a new deal?

They could have signed him at anytime during the 2015 season, or in prior seasons as well.

It’s also important to consider letting Murphy sign with another team will net the Mets a second draft pick before the second round of the 2016 draft. If they retain Murphy, they will not get that draft pick, and after relinquishing their first-round pick to sign Michael Cuddyer in 2014, trading pieces away to acquire Tyler Clippard and Yoenis Cespedes this past summer, losing Jack Leathersich to to the Cubs in waivers, and their Rule 5 draft losses last winter, the Mets need to consider fattening up parts of their farm system again.

It’s for these reasons why it would be a complete surprise if the Mets brought Murphy back.

To submit a question for a future mailbag post, fill out this form here.

One thought on “Mailbag: Is Daniel Murphy a Plan B to Ben Zobrist?”